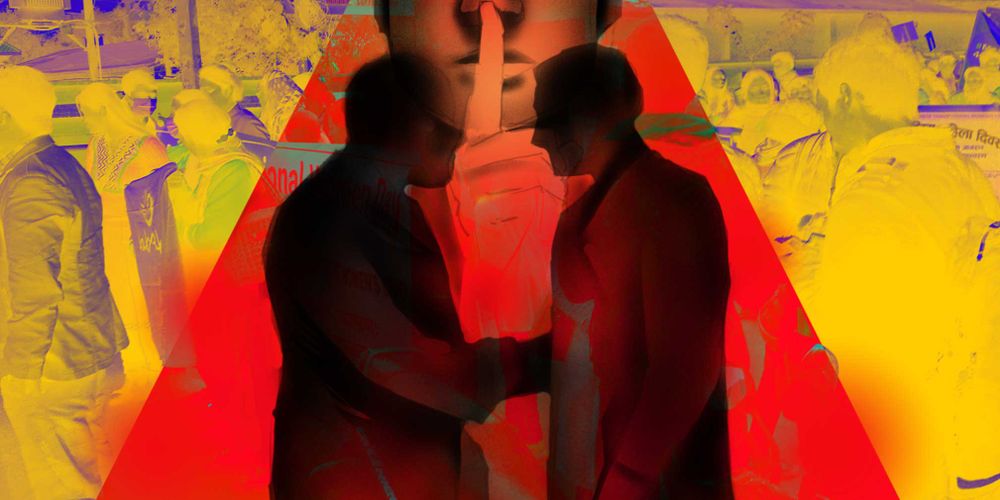 Seven percent of women aged 15-49 surveyed in the Nepal Demographic and Health Survey (NDHS) of 2016 had experienced sexual violence. The NDHS is a national sample survey that provides information on areas such as fertility levels, marriage, nutrition, mortality, and domestic violence. Sexual violence is defined in the survey as forcing someone to have sexual intercourse or engage in sexual activity without consent. Since the NDHS uses random sampling across Nepal, the survey findings can be extrapolated to the national population. Which means that based on the NDHS survey, a minimum of half a million women have experienced sexual violence. Given that sexual violence occurs to women outside the 15-49 age range as well, and we only have the 2011 census as a benchmark, the actual number is bound to be higher.

The number of reported rapes has increased by 256 percent in the past decade. However, rape is still under-reported; only 1,131 cases were registered in 2017. Conviction rates are low even in this under-reported number. According to the annual report of the Office of the Attorney General for the fiscal year 2016-17, in the Supreme Court, there was a 64 percent conviction rate for rape, and 44 percent for attempted rape. In the High Court, there was a conviction rate of 42 percent for rape, and 28 percent for attempted rape.

One reason why the problem of low reporting and conviction for rape will continue is the vague definition of the attempt to rape. Advocate Punyashila Dawadi, who has represented sexual assault victims in a career spanning more than 20 years, says, “The law does not clearly define the concept of intent to rape. In the case of rape, there’s a medical report, but in cases of intent to rape or other forms of sexual misconduct, unless there are eye-witnesses, it becomes difficult to prove.”

The time limit within which victims of rape must file a case also needs to be reformed. This statute of limitations used to be 35 days, but after the Occupy Baluwatar movement, this was extended to 6 months. The new Criminal Code extends this to one year. Child victims are often unable to understand what happened until they become adults, but children and adults still have the same statute of limitations.

The conviction rate is also low because of political and financial pressure. When the perpetrator has influence, the complaint is often not registered, there’s evidence-tampering, and the investigation is weak. “The cases arrive in court after all this mishandling. And the court cannot send anyone to jail based on victims’ testimonies alone,” said Advocate Dawadi.

When the perpetrator has influence, the complaint is often not registered, there’s evidence-tampering, and the investigation is weak.

Many cases never reach court because perpetrators prefer so-called mediation. It is illegal to settle criminal cases through mediation, but in many cases the police themselves have been implicated in facilitating such out-of-court settlements. Victims and their families are also offered money in exchange for their silence.

The absence of financial safety nets also discourage rape victims from coming forward. Marital rape is under-reported because many women in Nepal are economically dependent on their spouses, and there is no provision for them to receive support in while their case is being fought. Similarly, women from vulnerable communities often cannot afford the costs of traveling and seeking legal aid.

Who is the rapist?

Contrary to the widespread notions of rape as something that happens to chance victims who find themselves in dangerous situations, most sexual violence comes from family, friends and acquaintances, and is a calculated crime. “There is so much emphasis on being wary of unknown places and people that women are not told they are more likely to be violated by people known to them,” said Neeti Arya Khanal, an academic who has researched sexual violence against disabled women in Nepal.

Most sexual violence comes from family, friends and acquaintances.

“When committed by strangers, [sexual assault] is a one time event, but by known persons, it is an ongoing event and involves a combination of many types of violence. After this accumulated trauma, women end up thinking they are at fault,” said Khanal.

Rape in Nepal is more than a crime involving a perpetrator and victim. Sexual violence is a structural problem that involves disregard for consent, objectification of women, acceptance of domestic violence, and impunity in the face of evidence. There needs to be greater public scrutiny of the practices and social structures that perpetuate rape. Sexual violence data needs to be disaggregated to see which demographics are the most vulnerable, and how best to support them. Nepal also needs legal changes to address loopholes and provide safety-net measures for victims. Only a wide-ranging approach that includes reforming laws and socio-cultural attitudes can reduce the prevalence of sexual violence against women.

Correction: April 23, 2018 An earlier version of this article stated the rate of increase in reported rapes over the past decade as 72 percent. The correct number is 256 percent.