The number of Public Interest Litigation cases is rising every year and while this could be a good thing, many are simply being filed for publicity and to fulfill personal interests. 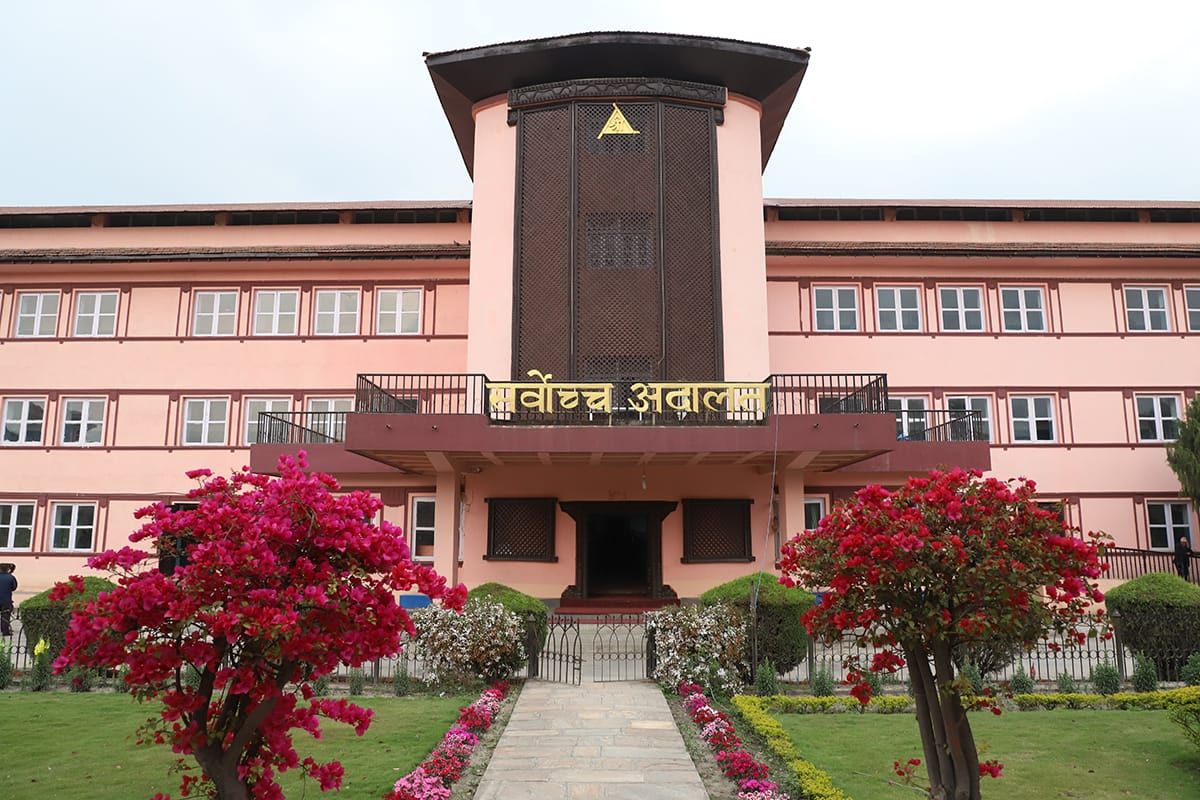 On July 9, 2015, advocate Uttam Prasad Rijal, along with others, filed a petition at the Supreme Court of Nepal, demanding the constitution, which was then in the process of being written, ensure the right to die. Rijal argued that the right to die is connected to the right to life and that meant that Nepalis should have the right to end their lives in case of serious illness. In the case of Advocate Uttam Prasad Rijal et.al. v Constitutional Assembly, the petition demanded that the Supreme Court order the Constituent Assembly to ensure that Nepali citizens had a right to euthanasia.

The Supreme Court quashed the writ petition, stating that the advocates had disregarded principles that had to be considered while filing a Public Interest Litigation (PIL). The court said that PILs should not be filed just for publicity in the press without any consideration for the socio-economic context of the country. But by the time the writ was dismissed, the advocates had already garnered enough space in the media.

PILs are important tools in a democracy to litigate and draw attention to matters of public importance. PILs deal with issues that concern the broader community, including matters of national security, governance, social peace, education, health, economy, social justice, environment, and culture. Any case can be a PIL, which the court decides on a case-by-case basis. But recent times have seen the misuse of PILs in order to garner publicity in the media without adequately pursuing the issue at hand. As in the case of Uttam Prasad Rijal et.al. v Constitutional Assembly, the petitioners failed to appear at the hearing and debate over the issue, leading the court to throw out the case.

Articles 133 and 144 of the Constitution of Nepal have given the Supreme Court and the High Court of the country extraordinary jurisdiction to issue appropriate orders and writs. PILs fall under this extraordinary jurisdiction and over the years have brought forward important issues. For instance, the case of Meera Kumari Dhungana v. HMG helped ensure the equal rights of women to parental property. While the court didn’t favor the argument put forward by Meera Kumari Dhungana, it issued a directive order in the name of His Majesty’s Government to present an appropriate Bill regarding parental property before Parliament.

Similarly, Sunil Babu Pant v. Nepal Government made it possible for gender minorities to identify as other than male or female while Surya Prasad Dhungel v. Godavari Marble Industries addressed environmental concerns and the interconnection of the right to life with the right to a clean environment.

“PILs have time and again ensured fundamental rights of the citizens of the country. They’ve played an important role in starting the conversation on important issues of gender justice, environmental protection, and rights of minorities,” said Sanjay Adhikari, a public interest litigator known for filing cases concerning heritage conservation.

According to Adhikari, PILs are increasingly being misused by advocates in order to burnish their court appearances. Criteria set by the Supreme Court requires advocates to have taken part in pleading at least 50 cases in order to qualify as a Senior Advocate, which has led to lawyers filing cases without adequate homework. There are even instances where lawyers ask for their names to be included in petitions filed by well-known law firms, said Arnab Chaudhary, an intern at ProPublic, a forum that works for protection of public interest.

In the case of Swami Sambuddha et.al. v Nepal government, the Supreme Court of Nepal decided that the extraordinary jurisdiction of the court could not be utilized when the law has already provided alternative means of redress. In this case, the petitioner had filed a PIL requesting the court to create a national commission to resolve disputes between people from diverse religious communities under the reasoning that existing laws that guaranteed religious freedom were not appropriate. However, the court pointed out that the Ancient Monument Preservation Act, Guthi Act, and Local Administrative Act provided multiple solutions. The court asserted that it is first necessary to try to resolve the problem with the concerned authority and exhaust all other means before filing a petition at the court.

“You need to consider various factors before filing a PIL. First, you have to contact the concerned authority for a remedy before filing a petition, but people don’t do that. They file a petition based on a page of research. This is inefficient and wastes the court's time,” said Adhikari.

The Supreme Court already has a large backlog of cases and insubstantial PILs filed without necessary research only serve to further slow down the pace of the court’s work. This is partly why the Supreme Court does not take kindly to having its time wasted.

The Supreme Court, in the case of Advocate Achyut Prasad Kharel v Prime Minister and Council of Ministers, stated that the right to file a PIL should be taken seriously and that it is not enough to state an issue as a matter of public interest just because a petitioner believes it is. In this case, the petitioner had filed a PIL requesting the court to put an end to a fete organized by Himanchal School in Myagdi district. The petitioner claimed that some activities conducted during the fete, like draining the blood of a chauri, went against prevailing laws. The court pointed out that the case lacked evidence as the petitioner’s claim was based solely on a news report in the media. The court also highlighted that the meat of a chauri gai, a cross between a yak and a cow, has multiple purposes in the Himalayan region and quashed the writ stating that the court could not issue a directive without taking into consideration the economic, social, and ecological reasons.

“Petitioners need to have meaningful relations or substantial interest in the subject matter to file a PIL,” he said.

In this instance, the Supreme Court made it clear that the duties of a PIL petitioner include being present at different stages of the trial and continued research by the petitioner to help the court reach a verdict. The court expressed disappointment at the fact that a personal issue was presented as a public issue in the court and reiterated that cases like these decrease the value of the court’s time and the PIL mechanism as a whole.

PILs are important because they are filed in the larger public interest and help instill faith in the legal system, says Chaudhary.

“They provide an opportunity to resolve matters through legal channels,” he said.

However, increasing irregularities in the filing of PILs could lead to the public losing faith in these kinds of litigation.

“The misuse of PILs could be eliminated if we had a separate bench to look into PIL cases. This would also increase the pace of the justice system, which already has many backlogged cases,” said Adhikari.

Advocates say petitioners too must act ethically, filing PILs only when necessary and when it concerns something of real public import rather than seeing PILs as an easy way to get their names in the newspaper and fulfill their court appearances on their way to becoming a senior advocate.

A critical look at Nepal’s ‘Other’ commissions

The 'Other' commissions hold great potential for Nepal's marginalized groups, but they are in need of urgent support to ensure sustenance.