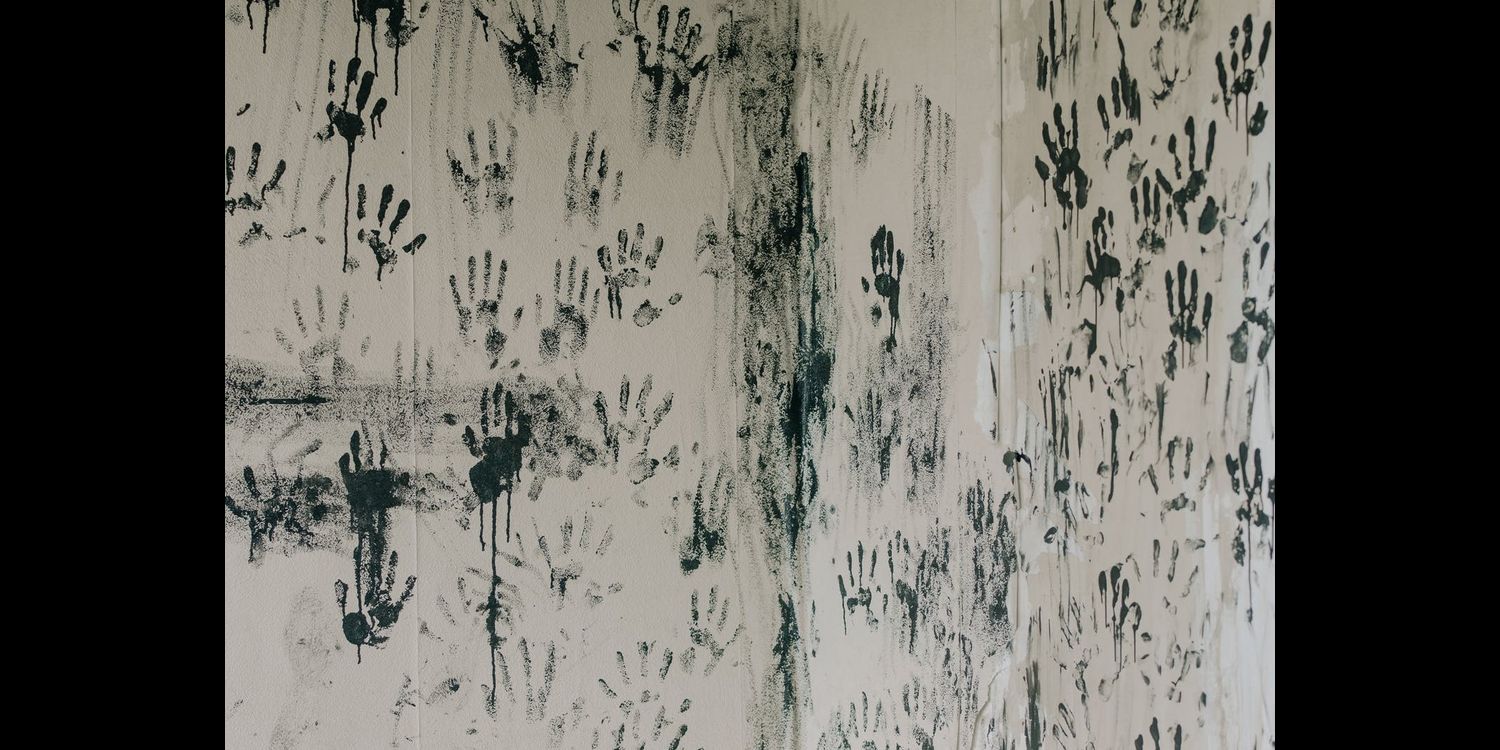 The questions of life and death that fill our everyday conversations as we lock ourselves in our homes in the wake of the Covid-19 pandemic are economic, social, and emotional, all at the same time. If anything, the pandemic has shown us that death--something that we know is inevitable as we age--has started to feel like it is not really what we thought it to be. As the pandemic continues to unfold, claiming more than 929,000 lives worldwide, we now know that death is not contingent on just our age. From killing newborns to people in their declining years, Covid-19 has had absolutely no mercy. This ruthlessness has made us realize that death is so unpredictable, so near, always waiting for us.

The virus has shown us where we stand as a society as well. Our healthcare system is fraught with problems, and we cannot get away by blaming just the political leaders. As citizens, who are equally a part of society, we are the ones who elected representatives who often show complete disregard for the predicament of our fellow humans. Take, for example, Dambarkumari, a resident of Udayapur who succumbed to death after seven hospitals in Biratnager refused to admit her. The 65-year-old had fainted after choking while having dinner. All seven hospitals had excuses--ranging from lack of ventilators and the emergency ward being closed to some blatantly saying they were not taking in any Covid patients. Hopeless, Dambarkumari’s family took her back home. She died within a few hours. Before Dambarkumari, Sankumari Rai also died an untimely death after hospitals in Biratnagar denied her  admission.

Granted, our healthcare systems have long been under-resourced and understaffed, and when it comes to private hospitals, are prohibitive too. By allowing these lapses to occur, the government has already laid the grounds for what Cameroonian philosopher and political theorist Achille Mbembe referred to as necropolitics--the politics of life and death--which reduces people to precarious conditions of life.

What does it tell us about our society when doctors and nurses who have chosen to dedicate their lives in the service of others provide differential treatment to their patients on the basis of social status? When subconscious prejudices affect the way health caregivers treat patients, what shapes their worldview and governs their thought process becomes quite evident. For such a society, the road to recovery is arduous for it--we--have become sick already. Such a society is in cahoots with the government in letting necropolitics flourish because we too decide who gets to live and who gets to die.

Read also: How govt officials are looting the Covid coffers

While the necropolitical landscape remained largely invisible until now, the way states have been responding to the Covid-19 pandemic has exposed how modern forms of sovereignty have failed in their responsibility to protect their people. Applying a necropolitical lens to the coronavirus pandemic could prove instrumental in understanding questions about state responsibility and how state inaction and lack of planning during times of crisis has led the guardian of citizens to administer deaths rather than sustain life.

The pandemic has intensified and aggravated the forms of suffering among the poor, disabled, marginalised, and diseased. Nepal’s national tally of coronavirus cases has crossed 56,788 and the death toll, 371. For over eight long months after the first case was recorded in January 2020, all that the government has done is partake in necropolitics: By failing to make much-needed improvements to increase PCR tests; with the Ministry of Health and Population initially telling private and public medical facilities to use RDT (Rapid Diagnostic Test) kits for COVID-19, despite evidence that the method gives inaccurate results; by remaining apathetic to the plight of migrant workers and others who were crammed in shoddy quarantine facilities that failed to meet the World Health Organization’s (WHO) guidelines; and by not formulating any plans to rectify the disaster that is our healthcare system.

Nepal’s healthcare system has remained underfunded, understaffed, inadequate, inaccessible, or unaffordable for as long as we can remember. The pandemic has aggravated those issues. A look at the condition of public hospitals in the capital city itself shows where we have failed. The Tribhuvan University Teaching Hospital, Nepal’s largest public hospital, has only 11 beds in the general ICU. The remaining 12 ICU beds are spread over surgery, neonatal, and pediatric departments. Bir Hospital has 11 ICU beds, and Patan Hospital and Sukraraj Tropical and Infectious Disease Hospital have seven and three ICU beds, respectively. Even before the pandemic caught us off guard, patients in critical conditions had to wait for several days to get ICU beds. The situation of hospitals outside the capital is even worse.

Maternal deaths have also been a sad ongoing saga in Nepali society. The Department of Health Services data shows that over 2,000 newborns and 208 new mothers died due to childbirth-related complications in fiscal year 2018-19 alone. What’s worse, these numbers account for the registered deaths in state-run health facilities alone. So it wasn’t surprising that Nepal’s first Covid-19 casualty was a new mother. Deciding which bodies are dispensable is never a sovereign decision, but as the unavailability of access to health care takes the form of the kind of slow violence necropolitics would talk about, it somehow has become one.

What’s more, as there continues to be a lack of systematic testing and contact tracing, many people with suspected Covid symptoms have refrained from getting themselves tested owing to their fear of hospital-acquired infections. A handful reportedly fled quarantine facilities due to neglect, while some are being declared dead after resting lifelessly in ventilation.  Little wonder then that we fear isolation wards and quarantines--that feeling obviously is a manifestation of our primal fear of confronting our own end. In all this, through its continued neglect of public hospitals, the government is deciding who gets to live and who dies. And by taking that decision, it is indicating that some lives are more important than others. Not surprisingly, those whose lives are deemed more important are often those who are less vulnerable than marginalised people, who through history have been deprived of adequate healthcare on the basis of their gender, caste, sexual orientation, and so on.

Necropolitics is at play not only in poor and developing countries like Nepal, where those who do not have the means to go to hospital are left to die on account of the state’s non-response, but also in economically strong and developed countries. In São Paulo, Brazil’s capital, for example, people of colour are 62 percent more likely to die from the virus than whites. In France, the mortality rates were higher in places like Seine-Saint-Denis, where many immigrants from Africa live. According to a study conducted by Paris-based National Institute of Statistics and Economic Studies (INSEE), the mortality rate between spring 2019 and 2020 increased by 95% among people born in France but by 191% for those from North Africa and a massive 368% for those born in sub-Saharan Africa. Similarly, in the US, the Covid-19 death rate of African Americans is more than double that of any other racial group. A news report in the Guardian found out that African Americans have died at a rate of 50.3 per 100,000 people, compared with 20.7 for whites, 22.9 for Latinos, and 22.7 for Asian Americans.

An enduring failure to sustain public health is a failure to sustain life. The government has for years been creating conditions that lead to people falling sick and dying. Inhabiting spaces of deaths is never an individual’s choice. Rather, it results from an exploitative tactic applied by the powers that regulate inequality and guarantee the loss of life.

During this pandemic, other than suggesting that individuals drink turmeric water to improve immunity and emphasising the importance of strong willpower and a positive mindset, the PM till now has failed to reveal any information on how the government is planning to improve the harrowing conditions of hospitals throughout the country. Given the unfolding crisis, decisions regarding what level of capacity our health systems should possess should have been informed by scientific knowledge. Such knowledge--accessible to all, and open to contestation--would have allowed experts and the people, policy experts, and the government to design interventions that would, in principle, help save the lives of all Nepalis. That is, the government would not be the sole party in deciding how best the nation’s resources can be deployed for the sake of all its citizens.

We are conditioned to believe in the idea of the mundanity of suffering, but suffering arising from social and economic inequities holds insidious power over issues of life and death. We anthropomorphize the economy by using words such as 'healthy' to describe it, while reducing human beings who live and breathe to mere numbers. What irony! Such vocabularies and practices have come to define our societies. And as long as governments and other members of society alike decide to turn a blind eye to necropolitics, that oversight will only help reify the idea that the modern humanism we like to talk up is at heart exclusionary in nature.

Avasna Pandey  Avasna Pandey is the Program Manager at the Centre for Investigative Journalism-Nepal. She also teaches International Relations at Tribhuvan University.

Not out of the Covid woods yet

Daily cases are at an all-time low in Nepal but doctors still advise caution and that everyone get vaccinated and boosted.