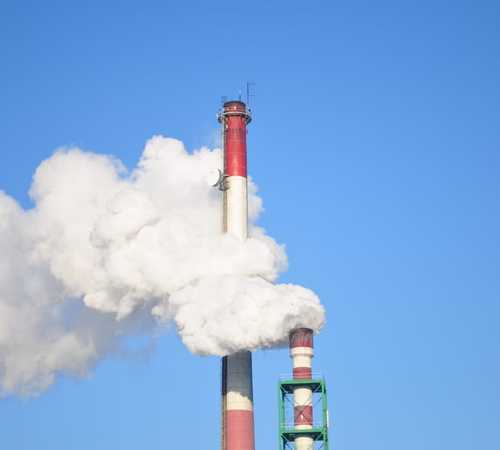 On June 3, the American state of New Jersey announced that it would be incorporating climate change into its curriculum for kindergarten through high school. This came as a small victory for US-based environmental activists against the backdrop of a long and arduous fight for climate crisis awareness in a still largely resistant America. In New Jersey public schools, climate change will now be incorporated within seven subjects: 21st Century Life and Careers, Comprehensive Health and Physical Education, Science, Social Studies, Technology, Visual and Performing Arts, and World Languages. Imagine young students using visual and performing arts — a story, a poem, or a song — to portray harrowing challenges faced by polar bears and walruses in their melting habitats, or other equally pressing climate change issues. How impactful will this be for the students, parents, and teachers witnessing it? This addition is a significant milestone in the mission to bring to students’ awareness the current ecological context, and in equipping them with the tools and perspectives to tackle the climate crisis.

In stark contrast to the American scenario, when the Curriculum Development Centre (CDC) of Nepal published the National Curriculum Framework (2076) late last year, it raised many eyebrows. One of its oddest outcomes is to make Health, Population and Environment (HPE) an optional subject in secondary school as opposed to the compulsory status it has had for the last two decades. Not only does HPE teach young students about reproductive health, it also covers essential environmental concepts, including climate change and sustainability. While the rest of the world is beginning to prioritise the environment and its preservation, the Nepali education system has taken a major step backwards. There is no denying that the current generation of students will feel the impacts of climate change more than any other generation before them. This is why it is imperative that every child be equipped with an understanding of the environmental crisis at a young age.

In the past couple of years, we have all experienced the effects of global warming — most prominently, hotter summers. In fact, the last five years were the hottest years ever recorded. Some of us may be willing to tolerate this change, but the crisis is not merely limited to a rise in temperatures. This rise in average temperatures is leading to devastating impacts in all areas of the lives of people throughout the world. Climate change is responsible for problems ranging from an increase in cardiovascular diseases and organ damages to water shortage, mass migrations, respiratory diseases (including in Kathmandu), irregular rainfall patterns, rise in hurricanes, decrease in nutritious food, droughts, and even a rise in unemployment. The fact that the US spent an estimated US$350 billion to respond to extreme weather and fire events between 2007 and 2017 tells us a lot about the severity of the situation.

Every country around the world is facing a myriad of challenges caused by climate change. In fact, many of them have been struggling with climate-related problems for decades. Yet, many people are still largely unaware of the severity of a global crisis that will only continue to grow in the upcoming days. People are not even aware of simple environmental conservation techniques like the 3Rs (Reducing, Reusing, and Recycling) or switching to non-plastic based materials, let alone more complex concepts like circular economies or sustainable business practices.

Read also: What the pandemic foretells

Integrating environmental education into the curriculum can provide students with perspectives and opportunities to go beyond the purview of the classroom and engage with real-world issues that they directly or indirectly face. It can offer students an insight into convoluted climate-related issues, help them acquire the necessary mindset and skills to battle these issues, and hopefully turn them into powerful climate crisis advocates. One of the goals of environmental education is to encourage students — and their families through them — to adopt the practices and lifestyles that can help mitigate climate change and protect the environment. The British GCSE Science curriculum is designed to help students understand human-caused climate change and to reflect on ways in which excessive carbon dioxide and methane production can be reduced. Understanding such critical climate concepts can lead to innovative solutions to the climate crisis from solar innovations to changes in food consumption and farming practices. If the curriculum is smartly created, it can also be incorporated effortlessly into subjects like Science, Literature, History, Social Studies, and Arts. When young minds are taught well, they can learn to make a difference in the environment and in the world by employing practical, sustainable, and long-term solutions to mitigate the effects of climate change.

The future is here. All the predictions that experts made decades ago about climate change wreaking havoc on the planet are steadily coming true. The record rise in global temperatures, the increase in droughts and floods, uncontrollable wildfires, an expanding water crisis, unforeseen health disasters, and rising ocean levels are just a few glimpses of the future we thought was still far away but has indeed arrived. And clearly, human society is neither prepared nor well-equipped to fight climate issues that will continue disrupting life as we know it. Scientists are already worried that the acceleration of ice melts and other impacts of climate change have brought the earth close to irreversible changes, including the collapse of at least part of the West Antarctic ice sheet and the loss of the Amazon rainforest.

Even though a positive step, New Jersey was still late to make the decision to incorporate climate change into its curriculum. The US state has been facing the risk of massive sea level rises and frequent and intense storms for a long time now. This much needed reform to the curriculum seems more reactive than proactive — but better late than never. Let us hope that other parts of the world and especially Nepal, notorious as it is for delaying processes, do not wait too long to incorporate a strong environmental curriculum in their education systems. If climate education becomes a strong component of our education system, then it would not be too surprising to see the Nepali version of Greta Thunberg successfully advocating for environmental conservation in Nepal in the near future. Nepal’s younger generation needs to realise that it is far from powerless in the face of this global threat, and reforms in education can help it get there.

The government’s decision to resume the export of sand and gravel to reduce the trade deficit will lead to the wholesale exploitation of the environment, say conservationists and lawmakers