A lot happened on the topic of climate change and the environment this year in Nepal. Here are the highlights. 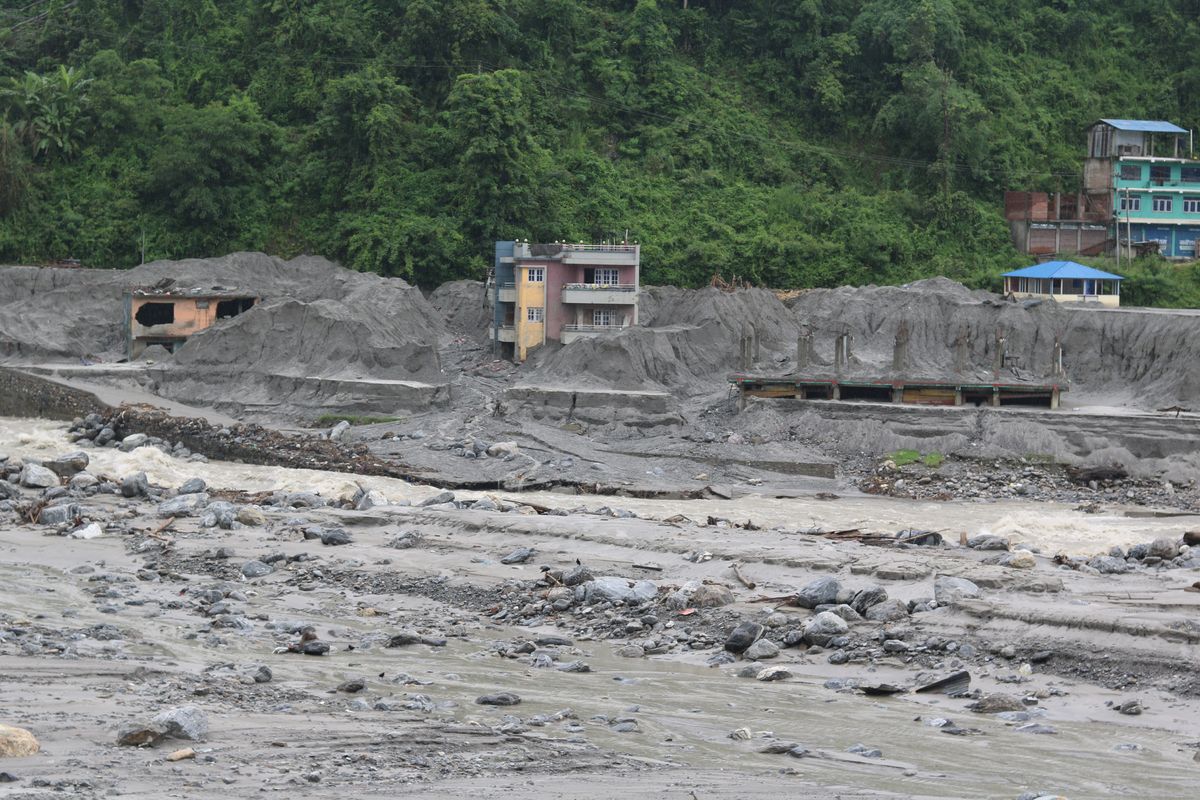 “If we don’t get serious about climate change today, it will be too late for our children to do so tomorrow,” said UK Prime Minister Boris Johnson at the first meeting of the COP26 summit. On the other side of the world, hearing these words live filled me with a very familiar indignation. Scientists, social scientists, activists, journalists, and those that follow the news and literature on climate change closely are well-acquainted with this mixed feeling of annoyance, horror, and exhaustion. For too long, the mainstream conversation on the climate crisis has relied on the narrative that it is a future problem.

The year 2021 proved to be disastrous for the environment, both in and out of Nepal. The fingerprint of anthropogenic climate change was observed year-around. While PM Johnson was not exactly pushing the burden of climate action onto future generations, his choice of words nonetheless evokes a sentiment suggesting that climate change is a problem whose effects will only fully show themselves in the future. This is a costly thought. Sure, climate impacts are likely to exacerbate with each passing year if carbon emission volumes are not reduced. But it is not the case that presently observed effects are signaling an imminent apocalypse our helpless descendants will be left to survive. Climate change is happening now. For Nepal, the strenuous 2021 couldn’t have made it any clearer. Here are the highlights.

Nepal’s environmental challenges took center stage right at the beginning of the year amid the ongoing pandemic, its continued economic devastation, and widespread confusion over the procurement of the first lot of Covid-19 vaccines. Parts of Kathmandu observed a record-high Air Quality Index (AQI) of over 600 on 4 January — fulfilling it with double the qualifying measure to deem the city’s air ‘hazardous’ and opening the legal doors for a national health emergency declaration. Winter-time atmospheric conditions, seasonal cloud vapor inversion, vehicular emissions, wildfires, garbage burning, and industrial pollution compounded to rank the capital among the most polluted cities in the world.

On 7 February, the country’s attention drew westward as floods engulfed the Nanda Devi National Park in the Indian state of Uttarakhand. Initial reports suggested that the disaster was triggered by a glacial lake outburst, but experts later used satellite imagery to confirm that the flood was born out of a high-altitude landslide. Nepal’s territorial vulnerabilities associated with both glacial outbursts and landslides briefly reentered the discourse as visuals circulating in the media reminded many of the floods of the Seti River in 2012 and Kedarnath in 2013. By 26 March, Kathmandu’s AQI measures again crossed 500 as growing wildfires around the valley trapped smoke in the spring air.

Wildfires, many of which were never fully extinguished following January’s aforementioned episode, grew to completely take over national consciousness by mid-April. Over 2,700 fires were estimated to have been active during this short period. Schools in urban centers were shut for days due to dips in air quality following almost a year of educational disruptions caused by the pandemic. In hindsight though, the true legacy of the 2021 fires were in exposing Nepal’s unpreparedness for such occurrences in the future. Authorities were unable to extinguish flames even in areas where conditions guaranteed rapid spread and loss of life — a bleak indication of what future dry seasons could look like in a warming world.

The first major flash flood of the rainy season was observed on 15 June, triggered by a blockade bursting in the Melamchi river claiming almost an entire village. Hundreds of families became displaced as their houses were flooded causing large scale private and public property damage in Helambu, Sindhupalchok. In the weeks that followed, several rivers around the country swelled up to trigger flooding events. Curiously, the heavy rain-induced inundations observed in hilly and mountainous areas that were considered anomalies during the previous year now signaled a potential permanent new threat to Monsoon resilience in the country. Continued flash-floods played out like a carefully planned cascade right through the month of September, each connected to the last, bringing the focus to Himalayan seismicity and what is considered the central threat in Nepal’s climate vulnerability profile — landslides.

On 5 September, residents of Kathmandu’s Teku area were awoken in the middle of the night by a record-breaking 121.5 mm of rain over a seven-hour period. Assessments made by the city police estimated that over 400 houses were affected, with many becoming permanently destroyed by water damage. As is the case every monsoon, low-income families, marginalized communities, and residents of riverside informal settlements were at the frontlines of the disaster.

Instances of flash floods continued to occur as unusually long, dry spells followed by erratic, heavy rainfall carried on even past September. As the year slowly came to a close and the days began to grow short again, the Nepali delegation prepared for the 26th UFCC Conference of the Parties summit, also known as the Glasgow Climate Summit or simply as COP26, to be held between 31 October 31 to 13 November.

COP26 was heavily publicized as being the most significant international event on climate change since COP21, which sparked the creation of the historic Paris Climate Accord. This distinction was afforded in large part by the publication of the Intergovernmental Panel on Climate Change’s (IPCC) landmark August 2021 ‘AR6,’ now better known as the ‘Code Red’ report. The document stated that the planet is well on its way to raising average temperatures by over 1.5 degrees-Celsius since pre-industrial times, that that the window for action is now smaller than ever. In the days leading up to the conference, COP26 was hailed as “the last best chance for humanity.”

The conference was not without its victories. It delivered on the finalization of ‘the rulebook’ that outlines the mechanisms through which countries will report updates on their Paris Accord targets. It also opened doors on potentially unlocking a market of carbon offset credits worth trillions of dollars and saw the world’s biggest carbon emitters, China and the United States, make a surprise joint declaration to boost cooperation — a welcome gesture and reassertion of American involvement following former President Donald Trump’s withdrawal from the Paris Agreement in 2020.

Still, for all its pomp and circumstance, COP26 landed far from delivering the watershed international agreement needed to help steer the planet towards net-zero. Further, the legitimacy of the event itself was called into question when it was reported that hundreds of women’s rights, social justice, and indigenous rights organizations were excluded from key negotiations and discussions.

For high-vulnerability countries like Nepal then, the best course of action for 2022 is perhaps in thoroughly rethinking through global communication/lobbying strategies while getting to work on building as much national and regional resilience as local technical knowhow and resources allow.