A few years ago, turkey farming seemed like a lucrative business idea, but with Covid-19 and a general lack of policies, the sector seems to have given out before it could take off. 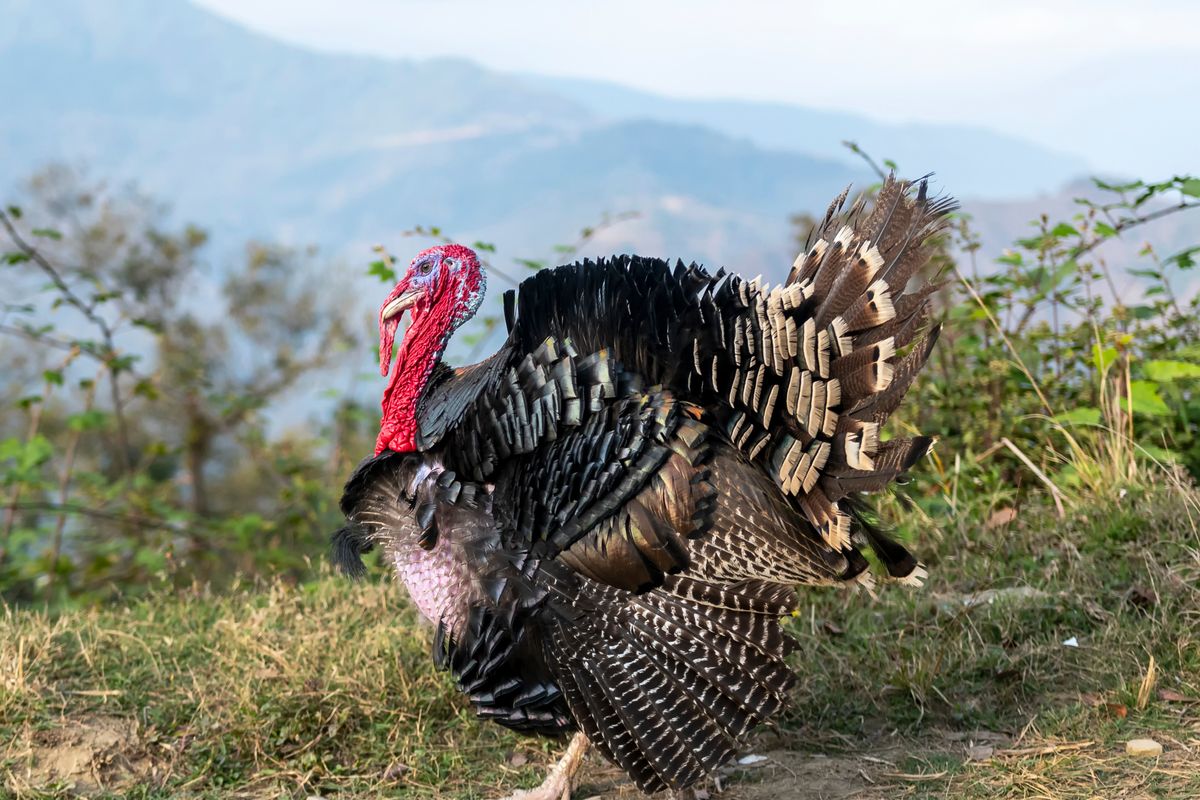 Turkeys were introduced to Nepal by the Nepal Agriculture Research Council in 2001 by bringing in 200 eggs from an Indian veterinary research institute . (Shutterstock)

The first couple of weeks of April were an incredibly busy time for Umanga Kafle. He is a turkey farmer and many of his turkeys were ready to lay eggs, which meant Kafle was spending his days traveling back and forth from a hatchery in Bhaktapur to his farm in Mulkot, Sindhuli.

“On Mondays, I was taking eggs to the hatchery and on Tuesdays the chicks hatched and then I transported them to my farm,” said Kafle.

The week he sat with The Record for an interview, he expected at least 500-600 chicks. A majority of these chicks he will sell, he says, at Rs 200 per piece, and the remaining he will raise on his farm for the next six-seven months until they are ready to mate. Then soon enough a new batch of eggs will be ready to hatch. Currently, he has a total of around 800 turkeys on his 11-ropani farm.

“The turkey farming business can be lucrative if you know your market,” said Kafle, who is among the bigger farmers, buying and selling turkey, its meat, and eggs. “But a few years ago, nobody even thought there was a market for turkey meat in Nepal. Turkeys were just something we saw on TV. Before I got into the business, I hardly knew anything about turkey meat as well and that it could make money. But I took a chance sensing people like the idea of eating a different kind of meat, and it paid off — at least initially.”

Since the pandemic broke out, the turkey business has gone down significantly, he says. To give some perspective, he gives an example: “I stepped into turkey farming three years ago with my father buying 110 turkey chicks from a farmer in Chitwan. At that time, I paid Rs 750 per chick, now I am selling at 200. The price of meat has also gone down to just Rs 300-400 per kg when at one point it had reached Rs 1,000-1,200,” he said.

So, how did this lucrative poultry market which started on such a high note falter so quickly?

There are several reasons, say turkey farmers. But before we get into that, let’s backtrack a little to the time these native North American bird species even got to Nepal and why they were allowed to be commercially farmed by the Nepal government.

Turkeys came to Nepal for the first time in 2001 from an Indian veterinary research institute in Izatnagar, Bareilly, in India. Two hundred eggs were brought in from Bareilly to Parwanipur, Bara by the Nepal Agriculture Research Council (NARC).

“The eggs were brought for research purposes, to experiment if we could introduce this new species into our ecosystem and to see if farmers could sell them commercially so they could find a new source of income,” said Dr Ajit Kumar Shah, an animal health scientist with NARC who led the turkey research program in Bara for a decade.

Through the years, a small number of farmers began raising turkeys, mostly in the Tarai. But it was only much later, in 2017, that the government decided to massively promote turkey farming. “Understanding the viability of turkey farming, the government then organized a ‘backyard poultry symposium’ in different provinces and started developing resource centers across the country to teach farmers the basics of raising turkeys and of providing them with turkey chicks,” said Dr Shah.

The government started five resource centers across the country – in Chitwan, Pokhara, Jhapa, Kathmandu, and Itahari. By 2018, turkeys were being farmed even in remote districts like Jumla.

“To answer why the government introduced this non-native species to the local market for commercial purposes is because these birds are usually more disease resistant than chicken, which means there are fewer chances of loss for farmers. They also produce a lot of meat and the meat of turkeys is naturally low fat and very healthy as well, which could prove to be good for Nepalis,” said Dr Shah.

There are currently two types of turkeys found in Nepal: the black turkey, also known as Black Spanish turkey or Norfolk Black turkey, and the broad-breasted white turkey.

Dr Shah estimates there are more than 25-30 large turkey farms like Kafle’s spread across Nepal. He has no idea how many smaller farms there are (the government does not yet have a body to regulate and monitor turkey farming), but he suspects them to be in the hundreds. Today, Dr Shah says that most turkey farms are located in Chitwan, Itahari, Surkhet, Kathmandu, and Bhaktpur.

If we go by Shah’s estimates that there are 25-30 big farms with hundreds of turkeys then that means there are thousands of turkeys across the country. So, who is buying all these turkeys in Nepal? The biggest clients, say turkey farmers, are hotels and restaurants, who order 40-50 kgs per hotel, during special events, particularly during Thanksgiving and Christmas time, and supermarket chains like Big Mart. But orders have dropped significantly in the past two years, which brings us back to why the booming turkey business suddenly fizzled out: COVID-19.

“With the pandemic, all foreigners left the country and they made up a majority of our customers,” said Raju Khatri, who owns Pokhara Local Kukhura Hatchery and Kaundada Avian Agro Farm, both in Pokhara. Khatri’s agro farm was one of the resource centers that was established by the government.

Owing to a lack of business, Khatri has had to cut down on the number of turkeys on his farm. “I used to have around 1,000-1,500 turkeys before the pandemic. Now I barely have 100,” said Khatri.

There are others who have had to completely shut down business because of the pandemic, like the Nagarjun Turkey Farm in Kathmandu and Turkey Nepal Pvt Ltd in Chitwan, one of the first big turkey farms in Nepal.

But there are other issues that are bringing down turkey farming, say Kafle and Khatri, like a general lack of policies and a proper monitoring mechanism.

“Because turkey farming is still in its nascent stage, it runs very informally. Any farmer can raise any number of turkeys and sell at any price they see fit,” said Kafle. “For example, I am a small-scale farmer and I have just a hundred turkeys. If I sell my turkeys for a price lower than the average market rate then I will still make a considerable amount of profit. But doing that, at a time when business is already taking such a hit, will drastically bring down the value of turkey meat.”

Khatri says that the lack of a proper monitoring body is also fueling corruption. “All farmers get subsidy loans from the government to raise and produce turkey commercially. But there is no monitoring mechanism that checks how that money is being utilized,” said Khatri. “So what has been happening is: people, usually non-farmers, get the loans meant for turkey farming by using their government connections. Then they spend a small portion of the money on buying turkeys. They sell the turkeys at really low prices and shut down their business saying they suffered a loss while pocketing the rest of the money. All this affects the market price greatly.”

The country’s federal system, some say, is also not helping the situation. “With the federal system in place, the provinces and local governments all have different rules and do not work in a coordinated manner. There is no umbrella organization to streamline actions and monitor the sector, which has made things tricky,” said Dr Shah.

Despite the many challenges, farmers like Kafle are adamant about making it work. And now with the pandemic seemingly over and foreigners coming back to Nepal, there’s reason to be optimistic.

“In this day and age when people want a healthy alternative to everything, selling turkey meat makes sense business-wise. We just need to develop the market a bit better, with better policies,” said Kafle.