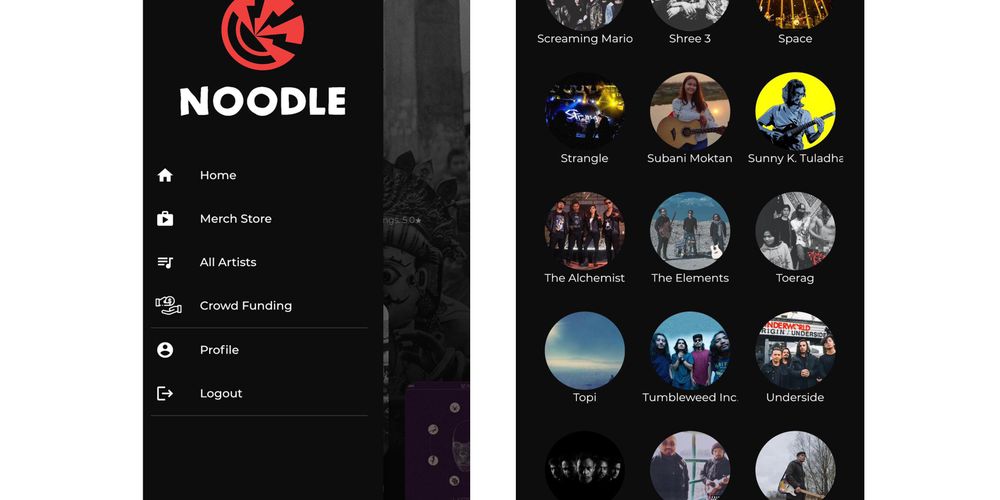 In the past month-and-a-half, the Nepali rock band ASM’s latest album, ASM-I, has sold 79 copies. This might seem paltry when compared to the thousands that popular musical acts sell but for an independent rock band selling its music digitally, these are promising numbers, especially during a pandemic.

“In current times, these music sales are our sole source of revenue,” said 34-year-old Abhishek Mishra, ASM’s guitarist and vocalist.

For up-and-coming artists and bands like ASM, the pandemic has been difficult. Concerts and shows have been cancelled and even performing at bars and restaurants isn’t an option anymore.

“Gigs and concerts used to be a major part of our income, but there haven’t been many of those with the pandemic. Merchandise sales are just good enough for some tea and biscuits and YouTube money is a dead-end for us,” said Mishra.

The pandemic might have halted most major sources of income for Nepali artists but it has also fast-tracked Nepal’s transition towards a digital economy. It was in the midst of the pandemic, on April 10, that Noodle, a new digital music market portal, launched, aiming to make it easier for musicians to sell their music and for fans to support the artists they like.

“We made Rs 20-25,000 in the last month-and-a-half, which is great considering the current scenario,” said Mishra.

Noodle currently boasts a roster of more than 60 artists, including bands like Albatross and Jindabaad, and artists like Bipul Chettri and Bartika Rai. Most of the artists are independent acts who produce and sell their music by themselves. But that also means they don’t have access to brick-and-mortar stores across the country to hawk their music. Noodle seeks to help them with that.

“Our goal is to make Nepal’s music scene fair and sustainable,” said Ritavrat Joshi, a co-founder of Noodle. “People don’t understand the expenses of producing songs. For any musician, producing a nine-song album can cost more than Rs 100,000.”

Joshi knows this very well, as he is also the bassist of the band Kamero. Despite the large costs of recording an album, there are few avenues through which to coup that investment.

“There were no options to directly put up songs for sale online so bands would mostly make money through concerts,” said Joshi. “And, there are sponsorship issues and the organizer's cut. None of these compare to direct album sales for artists.”

Noodle charges a minimum of Rs 99 per song, a fair, standard price for both upcoming and veteran musicians, said Joshi. Artists, however, are free to set higher prices, depending on their production expenses. Albatross’s new single, for instance, is priced at Rs 150. Albums sell for anywhere from Rs 200 to Rs 500.

“Artists receive 70 percent of the revenue generated,” said Joshi. “Our system is transparent as artists themselves can monitor their sales figures.”

Compared to record labels and production houses that often claim a lion’s share of the revenue, Noodle seeks to be more equitable, especially for younger musicians who might just be starting out. This is mostly because the portal was founded by artists themselves. Alongside Joshi, Noodle’s co-founders are all musicians -- Sushant Roy, Bartika Eam Rai, Avishek KC, and Suzeena Shrestha.

The primary motive behind the portal is to ensure that musicians like them are able to make a livelihood through music. Revenue from YouTube and Spotify are not enough for independent artists as these platforms require very large numbers of views and plays just to earn some decent cash. For instance, YouTube requires a minimum to 100,000 views to get monetized and even that only equates to about Rs 8,000-10,000, said Joshi. Spotify is better, paying between $3 to $5 per 1,000 streams but that is not enough to sustain a livelihood.

“More challenges exist for Nepal, as we still do not have direct access to international transaction methods,” said Joshi. “But with local digital transactions, artists can now redirect their audiences from YouTube to Noodle to buy the album. In this way, even a band with a niche audience can receive some support.”

Noodle currently has a total of 2,000 users across their iOS and Android apps, and their online web portal, noodlerex.com.np. The founders plan to expand to organizing shows and signing artists, along with producing and selling merchandise.

“The past year has been dedicated to bug fixes and our app has vastly improved over that timeframe, both in terms of functionality and design,” said Joshi. “We have only done a soft release and have yet to announce the official release. We are approaching more artists and they are also reaching out to us.”

For music fans, Noodle is an opportunity to refrain from the piracy that is rampant in Nepal and support the artists that they love.

Twenty-six-year-old Sagun Shrestha began using Noodle after Albatross shared a post on social media regarding the availability of their newly released single.

“On Noodle, I found so many songs of my favorite artists that were unreleased on other platforms.” Shrestha said, “I think the price is fine. I know some of these songs are already on Youtube but as a music lover, I really feel the need to support artists by buying their music.”

Mishra, the ASM guitarist, agrees.  “People are too used to streaming songs on YouTube for free. That needs to change,” he said. “If you buy my music, then I can make more of it.”

A twist in their tales.

A history of magazines in Nepal