50 Days of Tarai is more than a travel book — it is an intricately designed showcase of the author’s personal experiences and her artistic abilities. 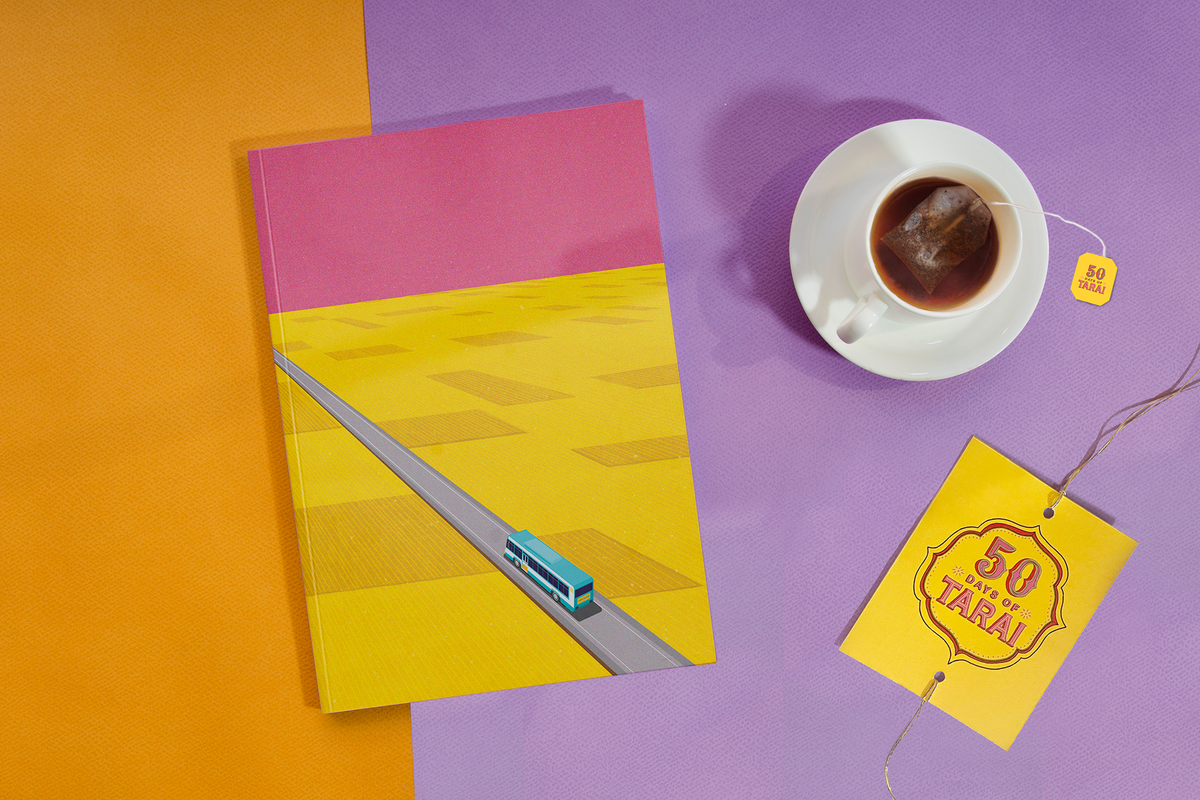 Shrestha's 50 Days of Tarai is a whimsical book, one that encompasses the delights of travel with a personal reflection on what it means to travel and get to know a region, its people and its cultures. (All photos courtesy Ujala Shrestha)

Ujala Shrestha went on her first solo trip in 2013. Her destination was Hampi in the south Indian state of Karnataka. The trip was a revelation for Shrestha.

“When you travel by yourself, you come across strangers who know nothing about you and this provides you with an opportunity to make a sense of self and identify who you are,” said Shrestha. “You don’t have to succumb to the pressure of assigned roles.”

Since then, Shrestha, a graphic designer by profession, has set out on a solo trip every birthday. But in 2019, an opportunity to travel alone came to her through the Creating Heroines workshop grant she received from The British Council. Under the project, she planned to travel across the breadth of the Tarai. 50 Days of Tarai, a book that she says is “about travel but not a travel book”, was born out of those travels.

The book came from a simple desire — to get to know the Tarai.

“When we think of Nepal, we always think of snow-capped mountains and hills. Even the books we study reflect the same picture. We learn of the Tarai but never in detail,” says Shrestha.

The first chapter of the book, ‘Nepal Disconnection’, deals with that very disconnect. As a Kathmandu native, Shrestha reflects on how the Tarai has always seemed familiar yet distant. It is an attempt to understand an extremely diverse region by experiencing it firsthand. But Shrestha did not wish to become just a tourist; she wanted to engage with the region and its people. To do that, Shrestha also conducted workshops with the grant’s assistance in five cities — Dhangadi, Nepalgunj, Birgunj, Janakpur, and Damak — which is documented in the second chapter of the book, ‘Creating and Meeting Heroines’.

This chapter is an accumulation of the author's experiences conducting the workshops for young women aged 16 to 22. Here, looking through the author's eyes, we can see how ironic it is that a gender that is often stereotyped for being too emotional is often not given a chance to really express themselves. The participants were encouraged to find a heroine in themselves.

“I met young women who were sure of their futures but also women who weren’t,” says Shrestha. “Many had already accepted motherhood and the role of a homemaker entrusted to them by society. You don’t often get asked if a workshop participant can take a break to breastfeed their infant.”

In the third chapter, ‘Border Ties’, Shrestha explores the inextricable links that the Madhes-Tarai shares with India across the border. Having lived in India as a young adult, the tone of the languages and the flavors of food reminds her of her youth. Shrestha concludes the chapter with the insight that the border only divides the two countries politically; the bond that is shared by the peoples of the region remains intact.

The following chapter, ‘Into the Wild’, consists of recollections of the author's experience in the Shuklaphanta, Chitwan, Koshi Tappu and Bardiya national parks. The heart of the chapter is about the necessity to step out of one’s comfort zone, a central theme for the book and for Shrestha’s own personal travels.

The final chapter, ‘The Constant Questions’, deals with the reality of travelling in Nepal, and elsewhere, as a young woman. Questions such as ‘What is your caste?’, ‘Why aren’t you married yet?’, ‘Why are you travelling alone?’, ‘Where are you from?’ abound. These questions, which are put forward to initiate a conversation, often end the conversation. Prejudices regarding one’s ethnicity can put an end to a meaningful connection before it’s even begun. But the questions also prompt Shrestha to create fictitious lives for herself,  where she is engaged to be married or her husband is abroad.

50 Days of Tarai is a whimsical book, one that encompasses the delights of travel with a personal reflection on what it means to travel and get to know a region, its people and its cultures. As a designer, Shrestha has experimented with the format of the book itself; it is not just a bound sheaf of paper. The book comes in a box with 13 individual elements, which consist of the book itself, a poster, postcards, a guidebook, stickers, a zine, a coaster, and a tea bag. Shrestha recommends that the tea accompany any reading of the book. The project is a visual narrative of the author’s experiences and also a showcase of her artistic, creative abilities.

50 Days of Tarai is available at select stores in Kathmandu, including The Local Project. Orders can also be placed via Ujala Shrestha’s Instagram page.