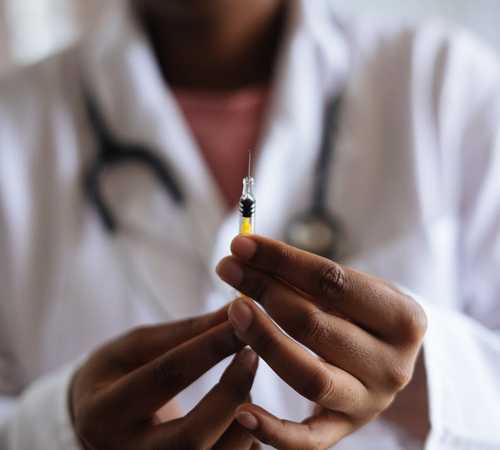 Nepal’s drug regulatory body has finally approved an anti-Covid-19 vaccine, the Oxford-AstraZeneca vaccine, for emergency use in the country.

Issuing a notice on Friday, the Department of Drug Administration (DDA), said it had granted conditional permission for emergency use of the Covishield vaccine (the Indian version of the Oxford-AstraZeneca vaccine). The DDA is the drug authority tasked with authorising drugs and vaccines for emergency use in Nepal.

In December, to relax provisions related to registering drugs and vaccines for emergency use, the government had amended the Drugs Act through an ordinance. The Act now allows the import of Covid-19 vaccines even if they are not enlisted with the World Health Organization (WHO).

Earlier, there was no legal provision to allow emergency use of vaccines in the country. “The relaxed provisions allow the government to vaccinate members of the critical age group and save them from the pandemic,” said Santosh KC, an information officer at the authority. “This has now paved the way for the government to initiate procurement deals with vaccine manufacturers.”

On January 13, the DDA had issued a notice calling on manufacturers of vaccines and their agents to apply for emergency use authorisation for Nepal. According to KC, the Serum Institute of India, Bharat Biotech, and China’s Sinopharm had responded to the call. The department approved the Serum Institute while rejecting others, citing a lack of necessary data documents.

There have been concerns raised over the use of Covaxin, as the media has reported that the vaccine was approved without the manufacturer submitting the necessary efficacy data. And DDA officials said they were not provided the necessary trial data for Sinopharm’s vaccine, Sinovac, and the RFID’s Sputnik V.

In September last year, vaccine manufacturers from the UK, China, and Russia had approached Nepal to conduct Phase 3 clinical trials here. But the government was not able to properly respond to them. Had the government inked those deals, many Nepalis would have been already lining up for vaccines by now.

The recent approval by the drug authority comes at a time when Nepal’s minister for foreign affairs, Pradeep Kumar Gyawali, has reached New Delhi to attend a meeting of the joint commission.

During his India visit, Minister Gyawali is expected to discuss the issue of importing anti-corona vaccines. Ahead of Minister Gyawali’s visit, Nepal’s Foreign Affairs Ministry had issued a press statement that said the countries would hold discussions about “Covid-19 cooperation”.

An estimated 20 million doses is required to inoculate 72 percent of Nepal’s estimated population of 29 million (the vaccine can only be used on people over 18 years of age).

Nepal has earmarked NRs 42 billion for its inoculation drive. But the country, which has been reeling under an acute economic crisis because of the Covid-19 pandemic, has no real plans for coming up with the stated budget for procuring vaccines. To make matters worse, amidst this economic crisis, Prime Minister KP Sharma Oli announced a general election for April and May. That election will cost Nepal billions of rupees.

Thus, to meet the costs of immunising Nepalis, the government has appealed to international donor agencies, non-governmental organisations, and philanthropic institutions to contribute to Nepal’s immunisation fund.

Lessons from Nepal’s trade performance during the Covid-19 pandemic

To get on the path to sustained economic recovery, Nepal will need to develop trade mechanisms that have been re-calibrated to meet the needs of the changed global context

Why can’t we talk about conflict in Nepal anymore

If we want a truly quality peace to prevail in Nepal, we need to be able to talk about the politics of conflict and peace in Nepal.