The Supreme Court’s decision is not just a win for the legal team but also for environmental activists who have been tirelessly campaigning against the construction of the airport for years. 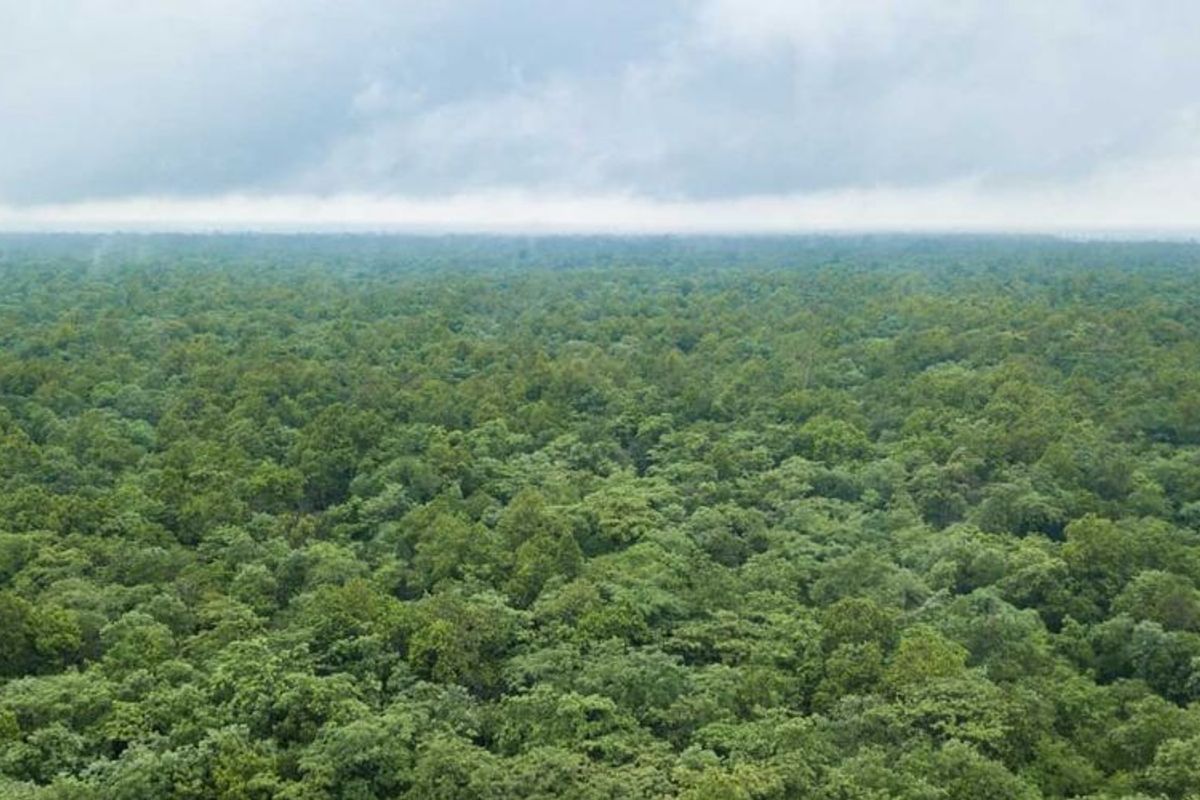 On Thursday, May 26, the Supreme Court of Nepal decided against the government’s decision to construct the 3.45 billion dollar Nijgadh International Airport in Bara, choosing the protection of environment and biodiversity over purported development.

Passing the final verdict on a case filed by senior advocates Prakash Mani Sharma and Ranju Hajur Pandey, the apex court has nullified all government decisions till date regarding the construction of Nijgadh airport.

“Our fight to save the forests of Nijgadh has finally come to an end. The Supreme Court’s verdict quashed the construction of the airport stating it is against Article 30 of the Constitution that safeguards our right to a healthy environment,” said Sanjay Adhikari, a public interest litigator, in a video posted on social media.

The court’s ruling is being seen as a major victory by environmentalists and activists who have continuously raised concerns over the adverse impacts such a large-scale construction project would bring about in a delicate forest ecosystem such as Nijgadh’s. Located 175 km south of Kathmandu, the airport is located next to the protected Parsa National Park, which is  home to a rich biodiversity and consists of a forest corridor. If the airport were to be constructed, more than 2.4 million small and large trees would have been felled, putting the ecosystem of 500 bird species, 23 varieties of mammals, and 22 endangered plant species at risk.

The construction of the airport would have also set the country back on its commitments to increase forest cover. The country, which has adopted the policy of carbon trading as per Environment Protection Act 2019, would have lost 967,715.253 tons of carbon storage if the airport had been constructed. Further, the construction of the airport at the designated site through deforestation would have been ironic considering the Government of Nepal has signed a carbon trade deal to earn Rs5 billion by selling 9 million tonnes of CO2 by 2025.

The nomenclature that the environment is something to be utilized and exploited for the fulfillment of human needs has been destroyed by the Supreme Court’s verdict. The decision is not just a win for the legal team but also for environmental activists that have been resisting and tirelessly campaigning against the construction of the airport for years.

“We are happy with the decision of the court but it has been a long battle. We are glad that the public and the justice system of the country understood the importance of conserving the site,” said Shristi Singh Shrestha, a member of People’s Alliance Nature Nepal, an environmental conservation organization.  According to her, the case was not a choice between either development or conservation of the environment. “Development cannot exist without ecology. Politicians and the public of Province 2 need to understand that we are not against development. We acknowledge the profit the airport would bring to the area. Yet, we believe it is important to look for another area to construct the airport which is ecologically viable,” added Singh.

READ MORE: Nijgadh Airport: What is proposed and why environmental analysts are so worried

It is also important to note that this is not the first time that the Supreme Court has taken a decision that protected the environment over economic profit. In 2015 too, in the case of Godawari Marble (Prakash Mani Sharma v Nepal Government ), the Supreme Court ordered the controversial Godawari Marbles Factory to close, stating that mining activities in the area threatened the biodiversity of the area.

The decision has prevented the government of Nepal from making the same mistake committed by the Srilankan government by disregarding the balance of nature and constructing the Mattala Rajapaksa International Airport, which pushed the government into immense debt and now lies almost defunct.

Nijgadh was planned to be the largest airport in South Asia in terms of area, covering 8,045.79 hectares when completed. The plan was to develop it in three phases with the first phase expected to be complete in 10 years. Post completion, the airport would have been able to handle 15 million passengers annually. By the end of the third phase, the airport was expected to handle 60 million passengers annually.

READ MORE: For the airport yet to come

The Nijgadh airport has been broiled in controversy ever since its Environment Assessment Impact report was published. On December 6, 2019, Supreme Court Justice Tanka Bahadur Moktan issued a stay order asking the government to immediately stop the felling of trees at the site, which a division bench of Chief Justice Cholendra Shamsher Rana and Justice Kumar Regmi upheld on December 22.

“We humans think we can adapt to anything. We think we can make clean air out of money but the elephants, the bears and rhinos that live in these forests don’t have the money to live like humans. The forest is all they have and the government this time has chosen to see that,” said advocate Adhikari.