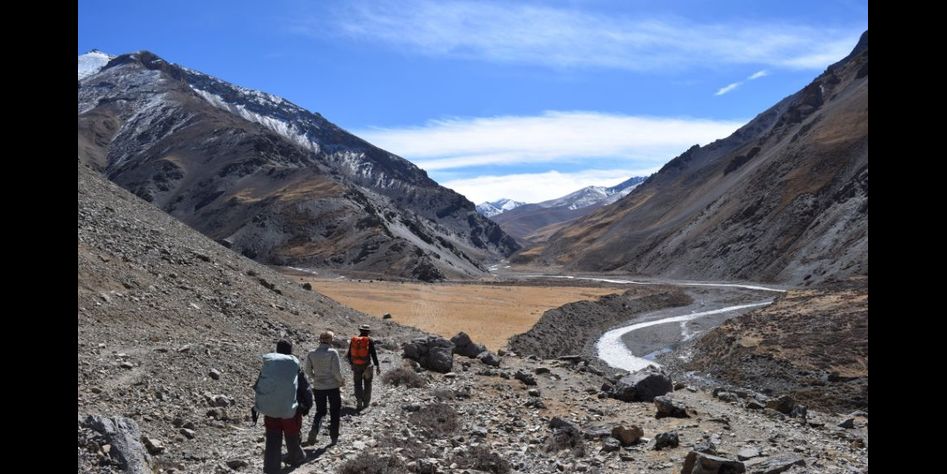 The media has often downplayed the plight of marginalised groups and vulnerable communities as well as non-human life forms. As Covid19 has surged like wildfire, threatening the whole of humanity, we have seen a lot of news around the pandemic and its effects on various communities. Sadly, indigenous populations have not gotten the same kind of attention, whether from the government or the media. What does the pandemic mean for an indigenous population like the people of Dolpo? And what will make our attention turn to them?

Indigenous people are usually located within precarious local, regional, national and global relations to power centres. A 2019 World Bank report estimates that there are around 370 million indigenous people spread across over 90 countries. While they comprise 5 percent of the global population, they account for 15 percent of extreme global poverty. Even in better days, indigenous populations struggle to be seen and supported by the state that represents them. Come pandemic time, there is a risk that they could get pushed to the bottom of nations’ priorities.

Dolpo, a distinct community with its unique language, agricultural economy and culture as well as ancestral communal land, is one of 59 indigenous identities recognised by the Nepal Federation of Indigenous Nationalities. Since most facilities are concentrated within urban centres like Kathmandu, the Dolpo people have had to leave their homes in search of better services and opportunities. But even before the lockdown, this has been a privilege for a few.

Historically, however, the relationship between the Dolpo people and the Nepali state has not been without tensions. Additionally, Dolpo’s communal land is deemed state property. This means that Dolpo leaders need the permission of government authorities before initiating any activity on their communal land.

The struggle is exacerbated by the fact that the centralised government, including its judiciary, legislative and executive structures, has been backed by casteist Hindu nationalism from as far back as the 18th century. Even after a Maoist civil war, overthrow of the monarchy and federalisation of the country, high caste ruling elite continue to dole out decisions that indeginous populations, including the Dolpo, have been at the receiving end of. Recent state-led violence in Dolpo, resulting in two dead and thirteen imprisoned, also highlights the uneasy dynamics between the government and the indigenous people.

With the coronavirus outbreak, the Dolpo people not only have the deadly virus to fear but the accompanying economic depression, food insecurity and social upheavals that are made much worse by systemic inequalities embedded deep within neocolonial and neoliberal practices.

For instance, yarsagumba, a caterpillar fungus endemic to the Himalayas and the Tibetan Plateau, has been a major source of income for the Dolpo community since its commercialised collection in the early 2000s. But this industry falls under the jurisdiction of the Shey-Phoksundo National Park and by association the Nepal Army and the months of toil locals suffer to collect the rare fungi from cold pastures or steep landscapes helps contribute to the nation’s economy.

Meanwhile, the locals have little to no say over how they can manoeuvre through their own land for collection purposes. Worse, the revenue is rarely invested back in the Dolpo region. Instead, non-governmental organisations and non-Dolpo individuals impose their narratives, presence and development agendas on the region.

Under the guise of prosperity and development, neoliberalism and western technology have infiltrated self-sustaining communities, weakening traditional institutions and stripping indigenous people of their decision-making capabilities.

Dolpa’s district-level government has endorsed the nationwide lockdown since 23 March. A quarantine facility was immediately established in Dunai, the district headquarters. Additionally, a week ago, both the District Crisis Management Committee led by the chief district officer and the Shey-Phoksundo National Park issued a ban on the collection of yarsagumba for the rest of the year as a means to combat the pandemic.

Although local rural municipalities have welcomed the effort, this decision does not take into account what will happen in the absence of the yarsagumba economy. The pandemic could also slow the Nepal-China border crossover during trans-Himalayan trade season, especially important for the Dolpo economy.

Would it be too far-fetched to expect the government to consider how the indigenous people so dependent on yarsagumba are to survive with the ban in place? Has the government considered the long-term effects of the measures taken to tackle the pressing dangers of the Covid19 pandemic on the already vulnerable Dolpo people? How does it plan to offset the long-term problems posed by short-term solutions?

The Dolpo people have historically struggled with measles a number of times. My mother recounts a time when she was infected, another where my elder brother barely survived, and a more recent case where four kids in Tinje, Dolpo, died of the virus. Many unreported cases have affected the children and elders of Dolpo over decades while the Nepali government continues to be blissfully unaware, comfortable in its habit of treating us like second-class citizens.

The novel coronavirus also presents a threat, mostly to our elderly. If the elderly members of indigenous communities like ours lose their lives, a lot of valuable indigenous knowledge will disappear with them. Their absence could have multiple effects on our community and weaken our solidarity.

Indigenous people are also disadvantaged by the proliferation of public service announcements and information about the pandemic in Nepali but not in other indigenous languages. Where is the equity in its fight against the virus given an ethnic-nationalist history of imposing one caste, one custom and one language on a diverse ethno-linguistic population? Can the government ensure effective communication means and methods while recognising each community's rich practices of communication?

While certain rights have been enshrined in Nepal’s new constitution, they haven’t been successfully implemented. The constitution recognises the Indigenous Nationalities Commission as an independent constitutional segment, but its leaders’ voices are constantly silenced. Dolpo people, like many indigenous populations, do not have access to basic infrastructure such as health, education, transportation and electricity whereas the constitution deems them fundamental rights.

Nepal was the first Asian country to ratify the ILO Convention and is party to the United Nations Declaration of the Rights of Indigenous People (UNDRIP). Both show, at least on paper, a commitment to protect indigenous communities. Apart from offering a wide number of tests, and weeks of treatment if infected, the government should work towards transforming and properly decentralising the public healthcare system. At the community level, modifying contemporary health posts and services should be one of the top priorities attuned to immediate and long term health needs.

If the government’s intentions are sincere, then it should turn its attention towards the most vulnerable communities to be affected by this pandemic right away.