The personal and the public

The personal and the public

At Film South Asia, four Nepali women filmmakers explore how the private and the personal relate to the public and the collective. 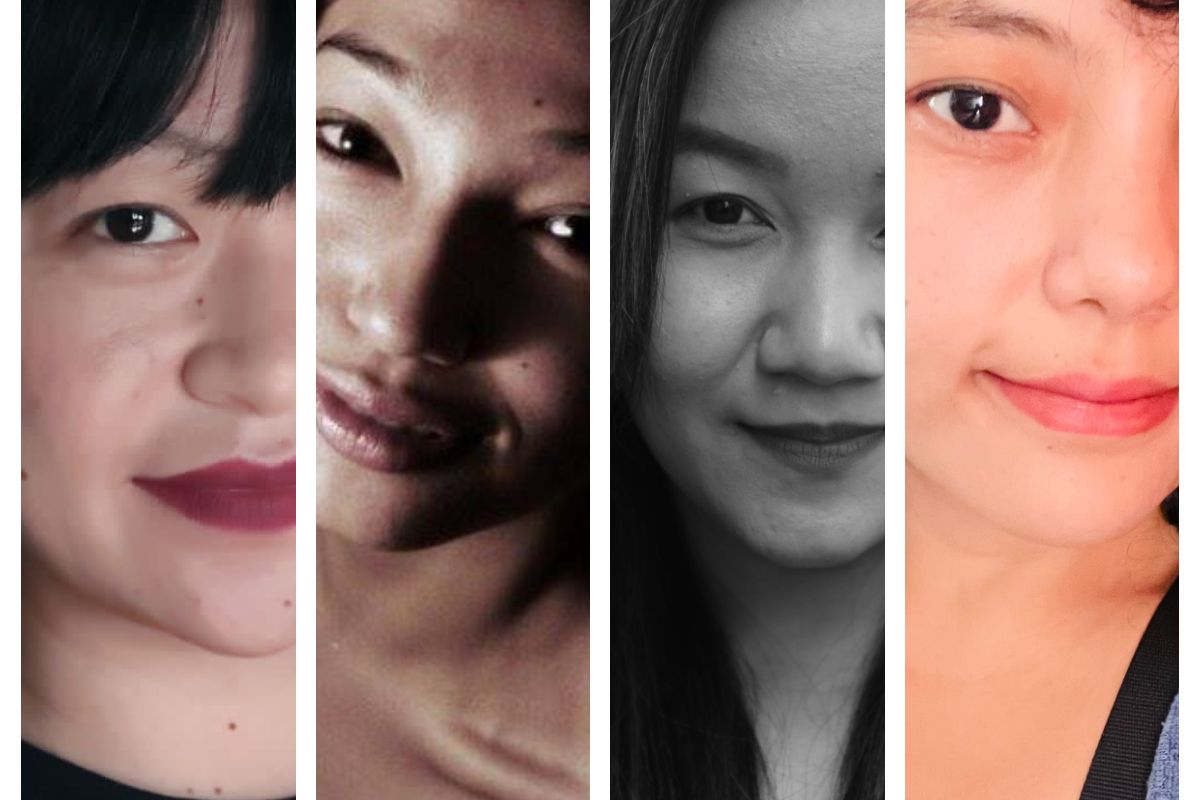 Two years ago, Sikuma Rai borrowed a camera from a friend, bought a 50mm lens and spare battery, and went off to document the Rais of Bhojpur. The documentary that emerged, Come Over for a Drink, Kanchi, premiered at the Pame Film Festival in September 2020 while an accompanying photo essay was featured on The Record. Two years later, the documentary is having its final showing at Film South Asia.

Rai’s film is one of four by Nepali women currently showing at the festival and although the films are diverse in their subject matter, they all share an interest in exploring the private and the personal and how they relate to the public and the collective.

While Rai's film is an exploration of intersectional identity – what it means to be a woman but also what it means to be an indigenous woman – Before You were My Mother, a film by Prasuna Dongol, examines the relationship between the filmmaker, her mother, and her grandmother in a confrontational manner.

“It is very difficult when you are filming your own story, for you personally and also for the people around you,” said Dongol. “The film you saw yesterday emerged after heavy editing of many hours of footage. The rawness of my mother is presented without any alteration. I only showed it to her after the final draft was ready. She didn’t ask me to remove anything. That was all the approval I needed.”

For Dongol, her film became a space to get to know herself and her mother better. She hasn’t included the initial interviews, where her mother was still hesitant to speak in front of the camera, in the film. But over the course of time, the camera became a witness to their questions and answers.

“I felt our relationship evolve in our journey [to Manipur, her maternal home]. Before, we never had the time to sit and reflect over the past. We were just focused on our day-to-day lives,” said Dongol.

After seeing the final draft of the film, her mother confessed that she had never realized the impact of her actions. Dongol’s mother, originally from Manipur, is still not fluent in Nepali.

“All my life I relied only on what words she spoke. But it was only during the edit that I realized I had never understood what she truly meant. When we [Dongol and the film’s editor, Bibek Gurung] were going over the subtitles again and again a few days back, then we realized what my mother actually meant, the meaning and intention behind her words. It was something I had not quite grasped even during her interviews,” Dongol said.

There is almost always a tension between the private and public in documentary filmmaking, which comes to the fore in all of the four films by Nepali women.

“If it isn’t personal then we don’t have the courage to share it with others,” shared Pooja Gurung, co-director of the film The Big Headed Boy, Shamans and Samurais along with Bibhushan Basnet.

Gurung and Basnet initially didn’t know how The Big Headed Boy would pan out. The film, shot on 8mm video, presented its own technical difficulties. They were not able to record sound simultaneously so a narration had to be added later, based on the memory of the places they had visited and the things that had influenced them.

“We thought about where these pictures take us, who they remind us of. I have a much-heightened sense of sight and sound while filming. During the edit, I try to pour it all in.” said Gurung, who is currently working on their first feature-length movie, The Whole Timers, which is based on the cultural warriors of the Maoist civil war.

In the process, the personal narratives and experiences of the filmmakers became inextricably linked with the narratives of the people and places they were documenting. The film attempts to explore the divide between the subjects and the filmmakers, says Gurung.

Barkha Mukhiya too treads similar thematic territory, albeit with vastly different subject matter. Her film, Flames of a Continuous Field of Time, documents incidents of sexual violence against Dalit women. Such violence is often the most extreme instance of the public intruding on the most personal of spaces.

“Initially, I was conflicted about filming the story of a community I did not belong to. But I think understanding is also very important, so that we can be allies. We are all deeply interconnected with everything that’s going on around us but we are also ignorant of that interconnection,” she said.

Being a woman often helps to see that interconnection as women are often at the crux of numerous intersectional identities. Gurung unequivocally declares that she doesn’t like to call herself a ‘female filmmaker’ but she does acknowledge that being a woman can bring certain nuances to film.

“The virtue of my sex definitely comes into play,” she said. “There are certain things I see that my counterpart doesn’t.”

Rai too believes that being a woman enables her to understand female experiences better than male filmmakers, which often dictates the question she raises in her films. Before shooting for her documentary, Rai conducted focused group discussions where women shared a lot about their troubles very casually. Discussions about miscarriage were reportedly dismissed by local men but Rai herself could empathize and understood how deeply such an experience can affect women.

“Through this documentary, I felt I could create a space for those women. If there’s someone to listen to you, then it can provide some kind of relief,” said Rai, who recently finished working on the feature film Gaun Ayeko Bato as a costume designer.

Unlike working in documentary, the commercial film industry can be daunting for women as many sacrifices need to be made, says Rai. Nevertheless, she would like to dabble in narrative film.

“I am still learning but I want to try my hands on fiction very much. Documentary has a serious tone and it can be limited in many ways. There is freedom in fiction,” she said.

Mukhiya, who has worked in narrative film before, believes that her past experience helped with her documentary but the documentary helped her see her own possibilities.

“I feel like I have understood my role as a filmmaker,” she said.

But she agrees with Rai that it is not easy for a woman to work in the film industry, especially as directors.

“People still have reservations about women being in leading spaces. There is no system or structure to create that space. The number of females is very low so whoever has already gotten opportunities keeps getting more opportunities,” she said.

It is on the festival circuit with festivals like FSA and the Kathmandu International Mountain Film Festival (KIMFF) that women filmmakers can really shine. Dongol, who interned at KIMFF around eight years ago, has seen quite a development in Nepal’s documentary film scene but it is not nearly enough.

“We need to consciously make the decision to have more females in the workspace, in decision-making processes and even while awarding grants,” she says.

All of the films mentioned above should be available to stream on https://filmsouthasia.org/ until the end of Sunday, April 24, 2022.

Shuvangi Khadka  Shuvangi Khadka is currently working as a researcher at Samriddhi Foundation. She is interested in reading and writing about society, gender, and sexuality.

Bringing attention to the everyday abuse faced by women