The campaigns revealed that either the idea of provinces hasn’t yet filtered down to the street level, or the federal project has been deliberately weakened 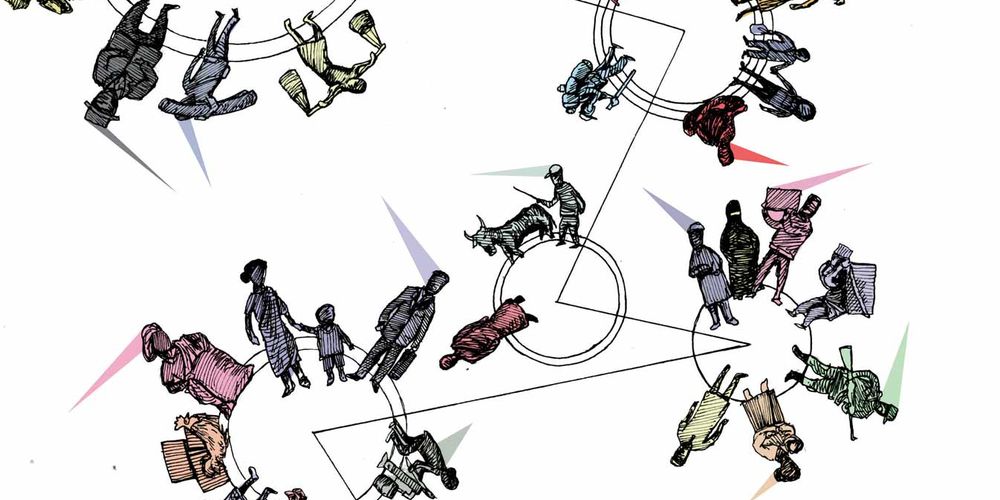 Holding an election in the wedding season sends out all sorts of wrong messages. For example, at a reception in Pokhara two weeks before the city went to polls on 7 December, a candidate for the provincial election walked in with garlands, abeer and tika. He went about the party hall, his hands in a perpetual namaskar, and folks congratulated him with as much aplomb as the groom. Another candidate, this time the parliamentary incumbent, was equally jovial. Everybody at the party seemed to regard him as a definite winner – ‘kaam garyacha’ was the refrain. The two candidates were in no uncertain terms the centre of all attention – but it was clear the provincial candidate had to work a lot harder for his share.

These were historic elections. A civil war and three revolutions later, Nepal will  restructure the state to create seven new provinces. The constitution hasn’t been amended to address the demands of the Madhes movement, nor has it updated its citizenship rules to end the discrimination against women. But this election will break down the existing centralised state into a federal one, and that is a beginning.

At the provincial level, however, it was astounding to see the Centre’s apathy, at least in Pokhara and surrounding areas. State capitals haven’t been declared yet, nor has any state body or official been appointed. A minister has gone on record to say ‘temporary provincial capitals’ will soon be announced, but there’s little information, even in a relatively important city like Pokhara, about how the state restructuring will move ahead.

It is in the selection of provincial candidates that a clearer picture emerges. In Province no. 4, not a single ‘known’ candidate was selected (Disclosure: My father is a Congress PR candidate for the Parliament). Everyone I spoke to unanimously agreed that most candidates were either second-rung party workers, or had been selected for their ‘contributions’ to the parties. No party raised province-specific issues in its campaign – there was always a sense that the parties were fighting for larger, national issues. There was little mobilisation of people on provincial issues.

Two equally plausible strands emerge out of such a campaign – one, that the idea of provinces hasn’t yet filtered down to the street level, and parties were staying away from provincial issues to fight the elections on central terms. Two, that the federal project has been deliberately weakened through the selection of ‘non-faces’, because the parties do not want a strong leadership that can challenge Kathmandu and its decisions to emerge in the provinces.

What was surprising, however, was that even the smaller parties – those who emerged claiming to provide an alternative to the mainstream forces – put all their eggs in the center, and none in the provinces. Such a development is not an encouraging sign for the federal project by any means, which is but the first step to decentralisation. Provinces will emerge as a political and economic centre in the coming years, but if Kathmandu defangs the provincial assemblies and restricts them with non-charismatic leaders who cannot challenge its writ, it is hard to see how the federal project can succeed.

Despite such grievances, one hopes that this election throws up a majority government that can rule for five years. For too long has Nepal been stuck in a policy wormhole, with successive governments overturning or co-opting policies or projects depending on their advantage. If a stable, five-year government emerges from these elections, we will see a policy continuity that has been rare in Nepal. It may not be the government we prefer, and it may work towards weakening the rights of the minorities and the marginalised, but if it is a stable, five-year government, at least we will know how the contours of the future battles of the republic will shape themselves.

For, one thing is certain: the issues that fiercely divided hill and Madhes haven’t been resolved, but only swept aside. Further, the issue of representation even in the hills, co-opted for now by the mainstream, hasn’t been resolved. The creation of provincial capitals – and the naming of the provinces – will see some of the old fissures re-erupt, and the respective provinces, depending on their leadership, will push back against Kathmandu’s excessive control in the days to come. If, however, a stable government does emerge at the centre, the subsequent continuity in policy can give these provincial forces the necessary ammunition to battle Kathmandu and the current Nepali state’s centralised structure.

Cornered: Why Nepal’s women have lost in the local elections

Freed from bondage, ready to vote

Seventeen years after emancipation, many ex-kamaiyas prepare to vote in local elections for the first time